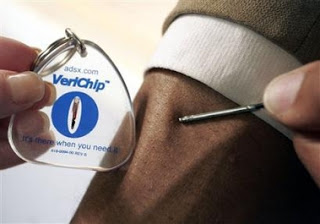 Verichip company patents a microchip implantable in the human body and capable of detecting the H1N1 virus.
VeriChip Corp shares tripled after the company announced that it had validated an exclusive license for two patents, which will allow the development of virus detection systems in humans.
Implanted, knowingly or otherwise?
Licences, held by VeriChip partner Receptors LLC, concern biosensors capable of detecting H1N1 and other viruses, and biological threats such as Staphylococcus aureus, methicillin resistant, VeriChip said in a statement.

Jsf: The Staphylococcus aureus I know easily destroyed With l'colloidal silver. Before the fall, remember to stock up on colloidal silver (see a comparison of brands across the Atlantic) or build your own generator…

This technology will work with implantable radio frequency identification devices from VeriChip, in order to develop virus detection systems by triage. The triage system will provide multiple levels of identification - the first will identify the agent as a virus or non-virus, the second will classify the virus and warn the user of the presence of a virus linked to a pandemic threat and the third will identify the pathogen in particular, according to VeriChip in white paper published on 7 May 2009.
What else can the chip do? What can she identify? This can be quite easily adjusted after implantation. Ensuite, what will the chip be able to do? What the chip could inform “the user” ? And who is exactly “the user” ?
VeriChip's shares amounted to 186 percent, at $3.28, Monday late afternoon in Nasdaq trading. They had reached a record this year of $3.43 a little earlier during this same session.
Source: Penny for your thoughts
Taken from newsoftomorrow.org, HERE
Click here to download the article in PDF format

In a Texan school, it's the chip or the door 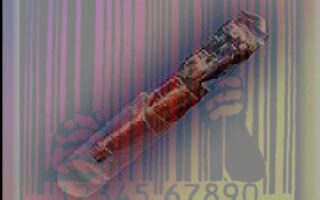