Darwinisme social
Social Darwinism is a distortion of the theory of natural selection, changing it from the status of explanation ofevolution living beings to that of precept applied to human populations and societies. Social Darwinism participates, at the end of XIXe century, to the emergence of theses racialists and eugenics.
This theory is based on the idea of ​​"selecting the fittest" to survive (Survival of the fittest). Social Darwinism therefore suggests that heredity (innate characters) would have a preponderant role in relation to education (acquired characters). It is thus about "an ideological system which sees in civil strife, social inequalities and wars of conquest nothing less than the application of natural selection to mankind " (Source)

Charles Darwin
The most important figures in this school of thought are Thomas Malthus, and Francis Galton, un cousin de Charles Darwin, who founded eugenics and Herbert Spencer. (Source)

On the political plan, social Darwinism has served to scientifically justify several political concepts related to elite domination, of a mass deemed less suitable. Among these we note the colonialism, l’eugenics, the fascism and especially the Nazism. Indeed, this ideology considers it legitimate that human races and the weakest beings disappear and give way to the races and beings best armed to survive (Ernst Haeckel).
Nowadays, social Darwinism still inspires certain ideologies offar right. 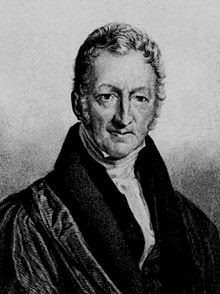 Thomas Robert Malthus
The malthusianisme is a policy advocating demographic restriction, inspired by the work ofeconomist British Thomas Malthus
The Malthusianism of XIXe century justified the selfishness of people and groups favored by fortune, appearing to theorize that the poor were responsible for their condition, and that any undertaking in their favor was not only ineffective, but even contrary to their interests. (Source)

Origins and brief history of eugenics

The notion of segregation of people considered unfit for reproduction dates back to antiquity. The pseudo-eugenic science that followed was aimed at "improving" the human race. This eugenic movement emerged in the 20th century in two aspects of a common philosophy about human worth. The British Sir Francis Galton coined the word "eugenics" in 1883. He saw it as a moral philosophy to improve humanity by encouraging more gifted and healthy people to have more children.. Galton’s ideological approach is commonly known to be of positive eugenics. At the turn of the last century, Galton’s ideas were brought to the United States at the same time that Gregor Mendel’s inherited principles were discovered. American eugenics believed with religious fervor that Mendelian concepts determining the color and size of peas, of corn and cattle also governed the social and intellectual character of man.
On the other hand, negative eugenics advocates preventing those less fortunate in life from being part of the population selected and allowed to breed in order to preserve the abilities of humanity. Eugenics movements in the United States, in Germany and Scandinavia favored the negative approach.
In 1898, Charles B. Davenport, an important American biologist, started as director of a biology research station based in Cold Spring Harbor where he experimented with the evolution of plants and animals. In 1904, Davenport received funds from the Carnegie Institution to found the Scalable Experimentation Station. L’Eugenics Record Office ouvra in 1910 while Davenport and Harry H. Laughlin began to promote eugenics (Source). In 1936, Harry Laughlin's contributions to racial hygiene in Germany recognized with an honorary degree from Heidelberg University. 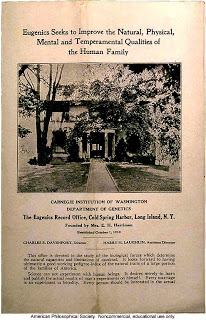 In 1904, the Carnegie Institution So was establishing this lab complex in Cold Spring Harbor on Long Island that stored millions of records on ordinary Americans as researchers planned to neutralize families, blood lines and entire populations. De Cold Spring Harbor, eugenics advocated with the legislatures of the United States as well as the nation's social service agencies and other associations in favor of their ideology. This will lead to, with the help of different theories on degeneration, including the American Harry Clay Sharp and his medical team, the first eugenics law in the United States to be passed in 1907 in Indiana with the support of President Woodrow Wilson, making sterilization compulsory for "degenerates".

The ideology of eugenics would then become commonly present in American popular culture between 1920 and 1930. Although some eugenics privately supported euthanasia and even genocide of those deemed unfit, the American eugenics movement was limited to supporting the legalized practice of compulsory sterilization. But this ideology will be especially popular among the ruling class, scientists and several intellectuals of the time. Elements of this philosophy will then be applied in some thirty American states as national policies and will take the form of sterilization laws., segregation, marital and immigration restrictions. In 1909, California will become the third state to pass such laws and become an epicenter for the American eugenics movement. A few 65 000 Americans will be sterilized against their will as a result of these policies, not to mention the forbidden marriages and the thousands who were sidelined in "colonies", isolated. 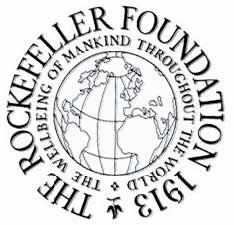 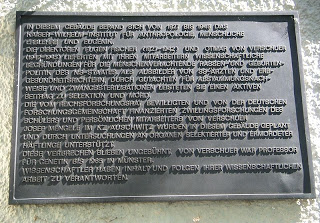 Meanwhile, l’eugénisme prenait de l’ampleur en Allemagne – avec l’aide de l’Amérique. In 1927, the Rockefeller Foundation financera la construction du Kaiser Wilhelm Institute of Anthropology, Human Genetics, and Eugenics à Berlin. Le directeur, Eugen Fischer, collaborait avec Charles Davenport dans la gestion de la Fédération Internationale des Organisations Eugéniques. For the occasion of the International Eugenics Congress in Rome in 1929, they wrote a note to Mussolini encouraging him to move forward with eugenics at "maximum speed". (Source)
The Rockefeller Foundation aided the German eugenics program and funded the program on which Josef Mengele worked before being put in charge of Auschwitz. The Nazi eugenics idea was modeled on the American model with its own eugenics laws already in force in several states including virginia, targeting the disabled of all kinds and others deemed inferior so as not to let them reproduce, including indigenous populations. Canada is not left behind with its own policies towards indigenous peoples and the residential schools scandal. 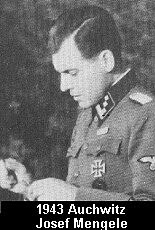 Thus, the ignoble SS doctor Josef Mengele had supervised experiments carried out by the teams of SS doctors on Auschwitz detainees, with the help of IG Farben who was also conducting his own experiments on humans, while the pharmaceutical company Bayer followed with interest the developments.
IG Farben was the only German company in the Third Reich that operated its own concentration camps. At least 30 000 slave workers died in this camp. It is no coincidence that IG Farben built facilities in Auschwitz, this is due to the fact that its workers (for a total of about 300 000 people) were mainly slaves.
The managers of IG Farben were tried and declared war criminals by the Nuremberg War Tribunal in 1946-47, as well as 24 Hoechst managers, Bayer and BASF who were found guilty of large-scale murders, slavery and other crimes against humanity. After the war, IG Farben has been split into different entities, either BASF, Bayer AG et Hoechst (now become Aventis which develops GMOs, among others). Bayer was reestablished as Farbenfabriken Bayer AG in 1951, changing his name to the one we know now, Bayer AG at 1972. Although post-WWII Bayer is a different legal entity from the one that preceded IG Farben and the one that later joined IG Farben, a direct line of continuity can be drawn between staff, the infrastructure and technology of these three incarnations. These drug companies have a very cloudy past and we should be aware of it. This is to be remembered and will be important for the rest of this dossier in several parts to come.. 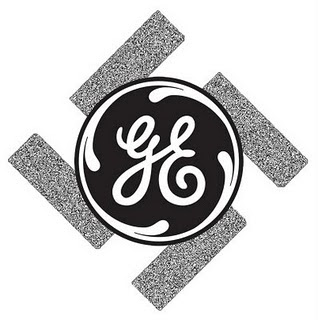 Adolf Hitler and the Third Reich were funded in part by the American right. Among the most important figures who financed the German Nazi Party over the years 1930 and the following years are found the family Harriman, George W's great-grandfather. Bush, George Herbert Walker and his grandfather Prescott Bush. Through industrialist Fritz Thyssen, the W.A. Harriman and Company and the Union Banking Company owned by Precott Bush, the Bush family has sold for over $50 million German bonds to American investors. According to the Sarasota Herald-Tribune, "The Bush family fortune comes from the 3rd Reich". The story goes back to 1924, quand interests community colors (I.G. Colours), a German company manufacturing chemicals, began to receive loans from American bankers, gradually creating the huge I.G cartel. Colours. 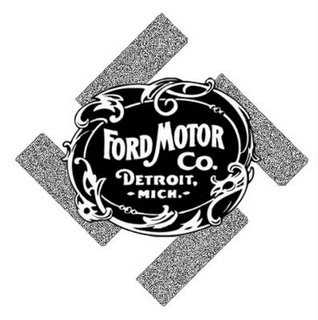 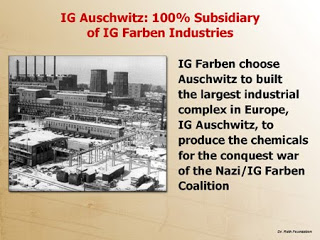 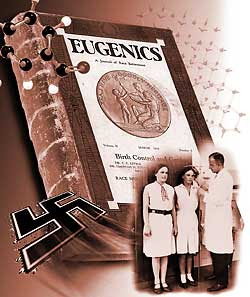 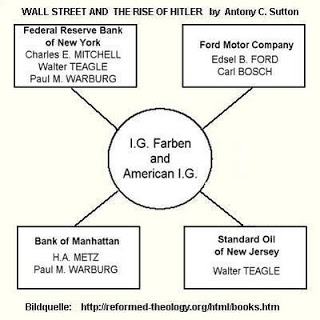 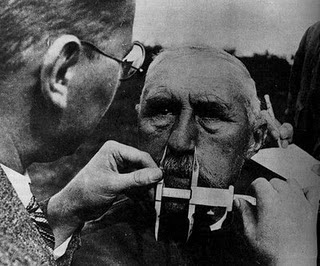 The rest is history. Eugenics loses face publicly, but ideology does not die among the elite, it only becomes "underground". It will be renamed "genetic science" and will be housed under its roof. This ideology is starting to show its ugly face again in different forms in our societies, including the theme of global depopulation, as discussed both in their own documents and in their meetings, by many wealthy and influential figures, government and military programs and global organizations. 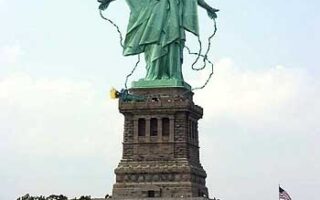 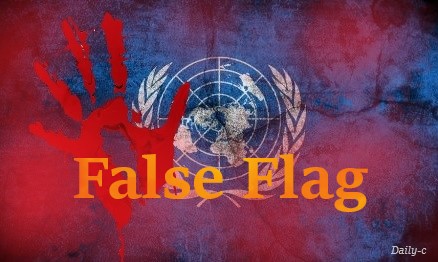 False flag supported by the United States? Lives of innocent children used in a staging ’?