Skip to Content
Home / Toxic Drugs Weapons / In 1951, was a French village sprayed with LSD by the CIA ? 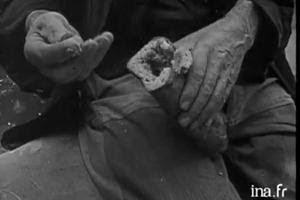 During one week, there are nearly
60 years, an entire village of Gard, Saint-Esprit Bridge, is taken from
madness and hallucinations. An American journalist claims to have
unlocked the mystery: it would be a secret experiment conducted
by American services, in the middle of the cold war.

(Censored account)
I found another doc that addresses this topic HERE
At least five dead, more than 30 people hospitalized and nearly 300 sick. In August 1951, a tragic news item shakes a large peaceful town on the banks of the Rhône, Pont-Saint-Esprit.
What begins as a banal collective food poisoning will culminate a few days later in a night of pure madness, scenes of hallucinations worthy of a Bosch painting, a "night of the Apocalypse", to use the words of one of the local doctors, Dr Gabbaï.
Recently, France 3 unearthed this news item in the form of a fiction full of errors, "Devil's Bread", although the TV movie was largely inspired by the remarkable work of an American historian, Steven Kaplan, "The Cursed Bread" (Fayard), in 2008.
After years of investigation, Kaplan remains frustrated: none of the tracks followed - ergot de rye, fungicide, water, mycotoxins- provides a definitive explanation.
In a book published in the United States late 2009, journalist Hank Albarelli claims to have incidentally solved the mystery. Pont-Saint-Esprit's fit of insanity is believed to stem from a secret experiment on the effects of LSD conducted jointly by the US military and the CIA.

"I have snakes in my stomach! » 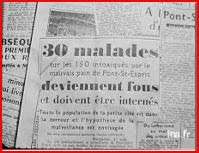 Significant fatigue and insomnia will be added in the following days. For many patients, after a remission of 48 hours, symptoms worsen, culminating in manned hallucinatory attacks, among others, by flames and animals.
After an on-site investigation for Look magazine, an american journalist, John Fuller, described in an article published in 1968 scenes of collective hallucinations.
Worker, Gabriel Validire, yells at his roommates: " I am dead! My head is copper and I have snakes in my stomach! »A young girl thinks she is attacked by tigers. A kid from 11 years, Charles Granjhon, tries to strangle his mother.
The 24 August, the situation becomes unmanageable. Man jumps from the second floor of the hospital screaming: “I am an airplane. »Fractured legs, he gets up and runs 50 meters on the boulevard before we can catch up with him. Many hospitalized people are seized with unbearable hallucinations. Others hear heavenly harmonies.
Very quickly, clues point to the alleged culprit: bread from the best baker in town, Roch Briand. In an article published by the British Medical Journal less than a month after the tragedy began, Dr Gabbaï writes:

"The frequency of mental symptoms brings to mind the old name of the disease, ardent sickness. "

In other words, rye ergot disease, a parasitic fungus of grasses. Common in the Middle Ages, the disease has disappeared in France since the 18th century.
But ergotism struggles to explain all the clinical symptoms observed. Dr Gabbaï and Pr Giraud from the Montpellier Faculty of Medicine, called to the rescue, quickly draw a parallel with the research carried out in Switzerland at the same time in the Sandoz laboratory by Albert Hofmann and which led to the accidental discovery of LSD, synthesized from ergot.
The investigating judge in charge of the case evokes the criminal trail of contamination of bread by "a very harmful form of synthetic ergotine".
Albert Hofmann, who made the trip, initially confirms the track of ergot or an alkaloid close to LSD. But once back in Basel, the laboratory rejects the hypothesis without appeal. On his side, US agency United Press reports intriguing findings from US lab to which it sent samples:

"Experiences made (especially on volunteers) by having them absorb ergot bread in various doses did not give any of the symptoms seen in patients of Pont-Saint-Esprit. "

Steven Kaplan regrets that at the time the press did not dig deeper into the "twilight, even obscure, from the American laboratory "!

Suicide of a biochemist in the US military 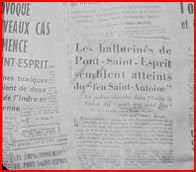 Two years later, in the USA, US Army biochemist working on top secret programs commits suicide. According to the official version, he would have thrown himself from the thirteenth floor of a New York hotel. It was while investigating this suspicious death that journalist Hank Albarelli obtained documents from the CIA and the White House which shed grim light on the events of Pont-Saint-Esprit.

After the Korean War, Americans believe their soldiers, prisoners of war, have undergone brainwashing.

They therefore embark on a vast series of defensive and offensive programs on issues of mind manipulation., truth sera to get prisoners talking or even methods to "incapacitate" the enemy and win battles without firing a single bullet.

It is this confidential research supported by the CIA that Frank Olson is working on within the SOD (Special Operations Department), in Fort Detrick. Among the documents obtained by Albarelli, the first transcribes a conversation between a CIA agent and the American representative of the Sandoz laboratory.

The latter insists on evoking the "secret of Pont-Saint-Esprit" and explains to his interlocutor that it was not ergot but diethylamide (LSD's D).

The “unethical” practices of the CIA

Albarelli comes into contact with former military or CIA personnel who have known Frank Olson. Two of them, « Albert » et « Neal », explain to him, on condition of anonymity, that the history of Pont-Saint-Esprit is a joint operation of the SOD and the CIA. But when he asks if other secret services, for example french, participated in the experiment, he only gets silence.
Fort Detrick scientists tell US journalist services operated by aerial spraying of an LSD-based mixture as well as contamination of "local food products". One of them explains that the spraying was "a complete failure".
In 1975, commission of inquiry chaired by Nelson Rockefeller began exposing "unethical" CIA practices, with multiple names: Bluedbird, Artichoke, MK-Ultra, etc. In 2000, Albert and Neal send Albarelli a White House ID card, certainly related to this commission, and which mentions a "French embassy" and, spelling error understood, "Pont Saint Esprit incident (Olsojn) »
This version asks as many questions as it answers. Without rejecting the hypothesis, Steven Kaplan s’interroge, for example, on the choice of the guinea pig city: Pont-Saint-Esprit figure in a region held by the left. Curious about an American secret operation in the middle of the Cold War.
"At the time, the hypothesis of an experiment intended to control a revolt of the population was raised ", remembers Charles Granjhon, 71 years today, who still lives in Pont-Saint-Esprit. "I almost caner. I would like to know why. "He's not the only one who wants to know the truth.
After the publication of his book, Albarelli learned from one of his contacts that the DGSE had requested information on the Pont-Saint-Esprit case from the US State Department, what French services deny.

Videos, back to the past: 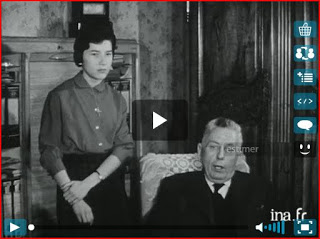 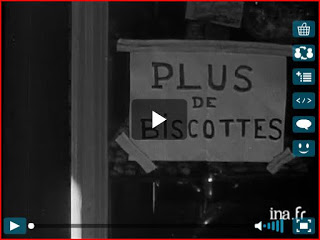 Darwinism and the Nazi Holocaust…