Skip to Content
Home / Dualities & New World Disorder / Veterans groups: the CIA blocked the trial on the experiments of troops of American soldiers… 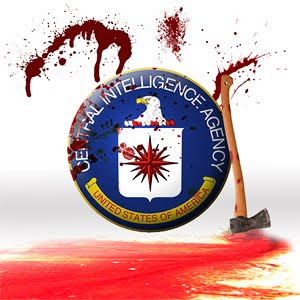 L’ advocacy group working on behalf of Vietnam veterans asked federal judge in California to sanction CIA, retorting that: the spy agency blocked efforts, to discover its role in experiments, based on allegations of American soldiers, between the years 1950 and 1970.
In January 2009, Vietnam Veterans from the United States filed a lawsuit on behalf of six Vietnam War veterans., claiming that the CIA had used on about 7800 American military like ” guinea pigs “, of which at least 250 involved in the experiments “, but with at most 400 chemical and biological agents “, according to Courthouse News.
The plaintiffs at trial alleged that the chemicals that were used on the soldiers were LSD, sarin and phosgene neurotoxic gas, cyanide, the PCP, of THC, and even the active ingredient in marijuana.
Prosecutors described as a ” extensive program “human experimentation ” who was executed “in secret” and carried out without the informed consent of the subjects under experiments.
“In 1970, [the CIA] provided Congress with an alphabetical list indicating that they had tested drugs during 145 projects: Bluebird, Artichoke, MKULTRA and MKDELTA “, was stated at trial, cited by Courthouse News. […]
A report of 2003 (PDF) du Department of Veterans Affairs states stipule que ” between 1950 and 1975, about 6.720 soldiers participated in experiments involving exposures to 254 products different chemicals and take place at US Army Laboratories at Edgewood Arsenal, MD. Congressional hearings relating to these experiences, between 1974 and 1975, resulted in disclosures, confirmation of subjects as to the nature of their exposure to chemicals, and, finally, the repair of some families of subjects who had died during the experiments. “
Taduction par dailycensorship, from an excerpt from the article:
Veterans’ group: CIA blocking lawsuit over experiments on troops
of 27 August 2010 de rawstory HERE

THE OBVIOUS HISTORY OF THE FALSE HEBREWS – THE KHAZARS