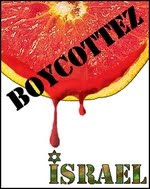 There was a NATO-Israel exercise.

Now, do you see, I don't compare Israel and Hamas. Israel is the country that legitimately slaughtered more than 1.300 Palestinians in the Gaza Strip ago 19 months - including more 300 were children – while the vicious, bloodsuckers and terrorists members of Hamas killed 13 Israelis (three of whom had mistakenly killed each other).

But there is a parallel. Justice Richard Goldstone, the eminent South African Jewish judge, ruled in its UN investigation report to 575 pages on the bloodbath in Gaza that both sides had committed war crimes – he was, of course, Well Named, called "Evil" by all kinds of Israel supporters in the United States, rightly outraged ; his excellent report was rejected by seven EU governments – and therefore a question arises : What does NATO do when it plays war games with an army accused of war crimes?

Or, more precisely, what does the European Union do when it tries to get into the Israelis' little papers ?

In a remarkably detailed book - if not slightly exasperated - due out in November, the indefatigable David Cronin to present a microscope analysis of 'our' relations with Israel. I just finished reading the manuscript. It leaves me speechless.

As he says in his preface, “Israel has developed such strong political and economic ties with the European Union over the past ten years that it has almost become a member state of the Union without saying so..”

Indeed, it was Javier Solana, the squalid EU foreign policy chief (former NATO Secretary General), who actually said last year that”Israel, let me say it, is a member of the European Union without being a member of the institution“.

Pardon ? Were we aware ? Did we vote for it ? Who allowed this to happen ?

Does David Cameron - who is now so strongly supporting Turkey's entry into the EU - agree with this? ? Probably yes, for he continued to declare himself to be a friend “from Israel” after this country made an excellent series of fake British passports for its murderers in Dubai.

As Cronin says, “the EU’s cowardice towards Israel runs counter to its firm positions taken when major atrocities have occurred in other conflicts“.

for example, after the Russo-Georgian war in 2008, The European Union has appointed an independent mission to find out whether international law has been violated, and demanded an international investigation into human rights violations after Sri Lanka’s war against the Tamil Tigers.

Cronin does not shirk Europe's responsibility for the Jewish Holocaust and accepts that there will always be a “moral duty” for our governments to make sure this never happens again – although I noticed that Cameron forgot to mention the Armenian Holocaust in 1915 when he licked the Turks this week.

But that's not the point. In 1999, British arms sales to Israel – a country that occupies the West Bank (and also Gaza) and who builds illegal settlements for Jews and only for Jews on Arab land - amounted to 11,5 million pounds ; and in two years, it had almost doubled and amounted to 22,5 million pounds. This included small arms, ready-to-assemble grenade kits and equipment for combat aircraft and tanks.

There were some denials after Israel used modified Centurion tanks against Palestinians in 2002, but in 2006, the year Israel slaughtered again 1.300 Lebanese, almost all civilians, in another crusade against the “global terrorism” of Hezbollah, Britain granted him more than 200 weapons export licenses.

Of course, some British equipment goes to Israel via the United States. In 2002, Great Britain gave a “head-up display” manufactured by BAE Systems for Lockheed Martin which was quickly installed in F-16 fighter-bombers destined for Israel. The EU did not oppose it. It should be added that the same year, the British agreed to train 13 members of the Israeli army.

At the time of the Lebanon war in 2006, US planes carrying weapons to Israel refueled at UK airports (and, Alas, also in Irish airports).

During the first three months of 2008, we have again granted licenses to export weapons to Israel in the amount of 20 million pounds – just in time for Israel's attack on Gaza. Apache helicopters used against Palestinians, this Cronin, feature parts manufactured by SPS Aerostructures in Nottinghamshire, Smiths Industries à Cheltenham, Page Aerospace in Middlesex and Meggit Avionics in Hampshire.

Should i continue ? That said in passing, Israel was praised for its help “logistics” at NATO in Afghanistan – where we kill many more Afghans each year than the Israelis kill Palestinians in general – which is not surprising since IDF boss Gabi Ashkenazi visited NATO headquarters in Brussels to advocate for closer ties with NATO.

And Cronin convincingly explains a financial arrangement in “Palestine” extraordinaire – almost so beautiful it's disgusting. The millions of pounds of EU funds earmarked for projects in the Gaza Strip. They are regularly destroyed by Israeli weapons made in the United States.. So, it works like that. European taxpayers head off for projects. U.S. taxpayers stuck for weapons Israel uses for destruction. Ensuite, the taxpayers of the European Union are going to rebuild everything. And then, American taxpayers …

here, you understood. About, Israel already has a “special cooperation program” with NATO, which allows Israel to be part of NATO's computer networks.

Altogether, it is good to have on our side a strong ally like Israel, even though his army is a scoundrel and some of his men are war criminals. So at this point, why not also ask Hezbollah to join NATO : imagine how his guerrilla tactics would benefit our guys in Helmand.

Article from www.voxnr.com from 4 September 2010, HERE

Sarkozy “France… to lead the whole world towards a New World Governance…” ?

Egypt : an army formed and equipped by the Pentagon…