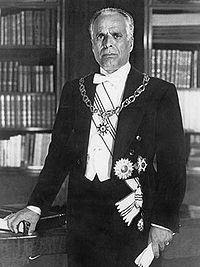 I – French predominance
Finding evidence, "The adventure of Freemasonry followed that of colonial France4 ». The genesis of Freemasonry, in the Regency of Tunis, certainly dates back to the pre-colonial era5. But the movement remained very modest before the establishment of the protectorate (1881). It's an assist, since then, a slow and gradual development of a local Freemasonry, mainly bringing together French officials and settlers. The situation has evolved towards 1930, landmark date, which marks the apogee of the colonial system and as an explainable backlash, the phenomenon of national rejection it aroused. The lodges having multiplied6, implanting masonic thought, in "Colonial networks7 », who were able to benefit from some support from the Protectorate authorities and whose target population was mainly trained by French people.
·     4  – See the study "Freemasonry in the colonies". Site of the Supreme Grand Council (…)
·     5  – See Porset (Charles), Tunisian Freemasonry and the revolutionary heritage, the (…)
·     6  – note that 7 sure 10 Lodges dependent on the Grand Lodge were founded over the years 1920. (…)
·     7  – We borrow the expression from the author of the study "Freemasonry in the (…)
·     8  – Text recorded on 18 September 1907, Under the number 13358, Grand Orient Archives of (…)
·     9  – Ibid.
·     10  – New Carthage, session of the 15 mars 1911. See Eric Anduze, on. cit., p. 137.
·     11  – New Carthage, session of the 15 October 1910. See Eric Anduze, on. cit., p. 138.
·     12  – Ibid.
·     13  – Report titled: "The material and normal situation of the French, in Tunisia ", (…)
4Disparate documents allow us to know approximately the origins of the Freemasons of Tunis. Coexistant, when it was created in 1885, with two Italian lodges and one English lodge, The New Carthage lodge, under obedience of the Grand Orient of France, was obviously formed by French Freemasons. Dichotomy between speech and action, the Freemason Nunez, denouncing, in 1907, the actions of the Lodge La Nouvelle Carthage which "Does not officially refuse requests from non-French laymen, but in practice (close the door to them8 ». Similar situation, the French lodge " Willingness ", under the obedience of the Grand Lodge of France, defends, in application of its internal statute, "Entry to those who are not French9 ». This explains the involvement of their leaders in the defense of the privileges of the French colony. Cumulating the statutes of venerable of the Lodge La Nouvelle Carthage, that of business leader and Representative of the French community at The Consultative Conference of Tunisia, Duclos claims, in 1911, "The institution of a Colonial Council, elected by universal suffrage "and to whose members - exclusively French -" deliberative powers would be attributed10 ».
Note, however, the concern of Duclos "To attract highly intelligent Israelites and natives, with a high and tolerant spirit11 ». But this desire for openness - within the framework of colonial paternalism! - is checked, within the freemasons, by "The ostracism of racial prejudice", that Duclos denounces12. This situation continues. The lodge "New Carthage and Salambo reunited" valued, in 1935, those "Represents the democratic elements of the French colony", to know "The settler and the official ..., the craftsmen of French prestige13 ».
·     14  – Archives of the Lodge of France, Tunisia, Dossier 352.
·     15  – Ibid.

5Does the lodge "New Carthage and Salambo reunited"Was a case in point? We learn as well as the founders of the Véritas Lodge, dependent on the Grand Lodge, in 1926, were mostly, according to their surnames, of Italian origin14. Among them are a majority of Livorno Jews (10 sure 17). But their nationality is not mentioned. Another important indication, more than half of them, were born inside the country. The founders of the Véritas Lodge belong to the trading and business sector. None of them belong to education and none of them have an administrative burden. Their course seems, besides, define them as newly promoted, keen to promote their notoriety, to integrate into the French establishment. No Muslim Tunisian is among the founding members of the lodge15.

6A report of the workshop of Will and Veritas reunited makes it possible to study the development of the lodge since then: 76 of Freemasons were affiliated in 194516 We count among them, based on examination of surnames, since the nationalities were not indicated, a majority of Jews, mostly Livornese and a handful of ethnic French and three Muslims. A study of the minutes of this lodge shows that its members were not fully integrated into French colonial society, since they complained of the slowdown in the naturalization movement and noted that "Many intellectuals (tunisians) worthy and honest see their requests rejected or eternally left in suspense ”. Denouncing the measures taken by the Dommange law (19 July 1934)they were worried about the proposed arrangements in the House, concerning the status of naturalized persons, which tend to create "A particular category of French second-class17 ». The request for naturalization came from, besides, mostly Jewish elites in Tunisia, wanting to participate in the favorable regime of the French of Tunisia and finalize their promotion within colonial society. Or, the Tunisian nationalist campaign against naturalizations, which reached its peak in 1933-1934 at, well and truly oversized the effects of the Tunisian naturalization campaign, who was categorically rejected by Muslims. The naturalizations were, fact, blocked by the Preponders who did not want to admit this extension of privileges. We therefore find that the Veritas Lodge, otherwise all the masons of Tunisians acted against the tide of the national movement and the leaders of the colonial regime.

A thousand faces plan for a world dictatorship…

NWO…Their plan of seductions and tribulations in 25 steps….

JERUSALEM and THE BUILDING COMPLEX, JAHBULON and the OCCULT THEOCRACY