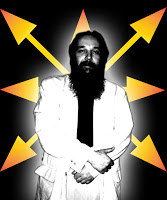 Alexander Dugin and the teachings of Traditionalism,

In Turkey, Dogu Perinçek is known as the leader of the Workers' Party [IP].

'Many times , Perinçek showed respect for the leader of the international neo-eurasist movement, Alexandre Douguine.’

In 2008, he was arrested and he was suspected of being a member of Ergenekon [the definition from wikiped HERE].

Ergenekon is a secret network that wants to end the current government in Turkey, according to prosecutors in this case.

More, he is also a neo-eurasist, which means it tends towards an alliance between Turkey, Russia, Iran and the Central Asian republics against the Western Hemisphere.

According to the definition of elections-en-europe.net: Kemalism is a political ideology defined by Mustafa Kemal Atatürk, the founder of the Republic of Turkey.

This ideology has six key principles:

Mustafa Kemal's aim was to break with the Ottoman and Islamic tradition and make Turkey a Western country.

As well, l’Kemalist ideology is based on the principles of Ataturk.

It can be summed up in six fundamental principles called the six arrows..

Obviously these two sources of information do not give everything, so I can advise you the following links.

Many times, Perinçek showed respect for Alexandre Dugin, the leader of the international neo-eurasist movement.

In Turkish media, several statements have been published about this person due to his contacts with Dogu Perinçek.

In addition, the russian newspaper, Kommersant went further and labeled him as the leader of Ergenekon.

Nevertheless it remains interesting, in relation to the evolution of Turkey.

Unlike his relationship with Dogu Perinçek and his fanatic nationalism, Dugin's sources of inspiration still haven't paid much attention; which is a shame, because there are some very interesting connections there.

Connections that lead us to wonder what drove Dogu Perinçek to his decision to join Dugin.

Dugin and ‘Advent of revolutionary fascism in Russia‘

He contributed to the political program of the newly established Russian Communist Party, but also ‘prophesied’ the advent of revolutionary fascism in Russia.

At the same time, Dugin is one of the most fervent defenders of Russian expansionism and the values ​​of Tsarist Russia.

At one point, he worked for the Soviet intelligence unit, the KGB.

Later, he was a founding member of the National Bolshevik Party (NBP).

He combined feelings of the leader Eduard Limonov of the NBP party, of the former Soviet Union with a symbolism reminiscent of Adolf Hitler.

Limonov simply took the swastika from the Nazi flag and replaced it with the Soviet hammer and sickle.

Dugin and l’tribute to Heydrich

Finally, Dugin turned his back on Limonov.

Nowadays, there are strong differences between them; considering that Limonov is a declared opponent of Vladimir Putin; while Dugin is on good terms with the Russian Prime Minister.

More, apart from their differences Dugin and Limonov have a lot in common, like a fascination with national socialism.

Dugin likes to see himself as the heir to “the ancient Eurasian order”.

He described these issues in “The Great Continent War” [1992].

According to this propaganda for the Dugin movement, elements of eurasism were already present in the Sicherheitsdienst (SD), the secret service of the Nazi elite corps, la SS.

The Jewish killer and the SS leader, Reinhard Heydrich, was a “Convinced Eurasist” for Dugin.

He said Heydrich fell victim to a “intrigue of the Atlanticides”.

With this tribute to the spirit of Heydrich, it will not be surprising to learn that Dugin has often been accused of anti-Semitism, although he seems to have strayed from these ideas, more recently.

Very probably, because anti-Semitism translates into bad publicity, but maybe also because of certain alliances.

This esoteric movement also known as Integral traditionalism, or perennialist, developed over the years of the interbellum (between the wars, of the communist and modern times).

Mainly, it is based on the ideas of René Guénon, who is a French metaphysician born in 1886.

Exoteric means of practicing Judaism, Christianity and Islam were far too limited for Guénon.

His ambition was to experience a roundabout way of saving religion, which most believers are satisfied with.

This is why he chose the esoteric path.

And, he got involved in gnosticism, the awareness of the divine presence within it.

Guénon assumes that esoteric knowledge would lead to what he called “supreme identity”, a concept in which he showed himself to be a follower of Hinduism.

In addition, Guénon was involved in Freemasonry and Sufism.

In fact, he became a muslim.

In an article by 2013, “Sufi stratagems“, David Livingstone writes the following:

“The most important person in the transmission of Sufism to the West was René Guénon, a unique member of the Hermetic Brotherhood of Light.

Guénon founded the occult school of Traditionalism, which suggests that all the exoteric religions share in underlying a single occult tradition.

Therefore, according to Guénon, one could choose a religion of appearance for his belief, and he chose Islam.”

On the contrary, he belongs to the Russian Orthodox Church.

This is in no contradiction to the thought of Dugin, because Guénon's writings also taught him the religion of Ur (religion primitive).

For Guénon l’Ur-religion was the source of all religions at the dawn of humanity.

[The term Urreligion was born in the context of romanticism German]

This explains why the Jews, Christians and Muslims will also be welcome in the Eurasian bloc, dreams of Dugin.

Because for him these religions are only branches of the same ancient source.

And, it is the source of religion that matters to Dugin, as it was for Guénon.

Rejection of any form of modernism

As the word suggests, traditionalism rejects any form of modernism.

The emphasis of modernism on technique, science and rational thought, as well as the notion of progress, contradict Guénon's esoteric scheme.

Dugin used to translate anti-modernism as an aversion to communism and the Soviet Union.

Although on occasion, he also defended both, more, usually for nationalist reasons.

Today, the following anti-modernism of traditionalist thought is recognizable in Dugin's critique of the West.

Guénon may not have had bad intentions, although his esoteric ideas are often misinterpreted, as is often the case with occult concepts.

Guénon’s initiation was performed by Ivan Aguéli a Swedish convert to Islam.

And, he served under the authority of the friends of Abdul Qadir al Jazairi, Sheikh Abder Rahman Illaysh al Kabir, a Freemason and the head of the Maliki Madhhab at Al Azhar University.

Al Kabir, as a Freemason, aimed to demonstrate the relationship between the symbols of Freemasonry and Islam.

Julius Evola (1898-1974) was another metaphysician who became closely associated with the cult of traditionalism.

Evola is even more important for Alexandre Douguine than Guénon.

As for Guénon, esotericism was also the starting point of Evola.

Many books have been published under his name about tantra, Buddhism and Taoism.

The difference was that Evola interpreted Guénon's basic ideas in a political way., and extended them with racial overtones.

Traditionalist thought, that Evola supported, was against that of equality, liberalism, democracy and other western principles.

Instead of that, he maintained that humanity was going through a process of degeneration.

For him everything was linked with the Kali Yuga era, human degeneration, a long-term temporal structure derived from Hinduism.

For Evola, only traditional values ​​could divert human faith from degeneration.

This would lead to the emergence of a super race for him.

He saw it as a way to get rid of Judeo-Christian values ​​and the reestablishment of paganism.

Later, he criticized fascism, but over the years anyway, he remained attached to this thought.

La SS, with its initiations to rituals and its deontological system, particularly impressed him.

After the invasion of Italy by the allied forces, Evola spent the remainder of WWII in Germany.

Was, he worked in Ahnenerbe, the scientific institute of the SS.

This explains why Alexander Dugin speaks of Ahnenerbe as a “intellectual oasis”.

Julius Evola was also a neo-fascist

The years after the war, Julius Evola became influential in neo-fascist circles in Italy.

One of his staunch supporters was Stefano Della Chiaie, the mastermind of many bombings in Italy, over the years 1970 and 1980.

Della Chiaie has been involved with the network ‘stay-behind of Operation Gladio‘ and his “tension strategy”.

Through fake banner operations, Gladio operations are blamed on left-wing terrorism, in order to manipulate public opinion, for the benefit of right-wing parties.

In 1996, A. Çatli died in the infamous Susurluk accident, who exposed the entanglement between politics, organized crime and government organizations in Turkey.

Before his death, Çatli was transported to South America by Della Chiaie.

Was, the Italian terrorist introduced his Turkish colleague to the fascist leaders of the military junta.

Only because of Evola’s influence on the far right, the traditionalism of Alexander Dugin seems highly incompatible with the socialist ideology of Dogu Perinçek.

At the same time, Perinçek's Marxism and Kemalism must be part of the modernist ideologies rejected by Dugin.

However, the two respect each other; they could come to an agreement; and even share a political program.

The magic word is (neo) nationalism, because this ideology is known for its power to build bridges, between the most opposing ways of thinking.

Even between the far right and the radical left.

In conclusion a note from David Livingstone

“The movement of truth is corrupted, with the form of dialectical thought intended to maintain the movement not only divided, but unable to grasp the truth of the conspiracy / machination.

The trick succeeded in making most people forget one of their biggest childhood basic lesson, than: two evils do not make a right!

In summary, Hegelian dialectic words are represented like this:

First of all, an idea is derived from the Kabbalah, which justifies his Luciferianism, claiming that evil is part of creation and that the good will be absent from the result.

In reality, evil is not a cosmic force, but a resistance or a contradiction of cosmic truth.

Ultimately, the Hegelian dialectic, like Kabbalah, postulates that history evolves, and that in the end the truth will end in resolving the contradictions.

First, an idea starts as a “thesis”.

Ensuite, it is opposed by a “antithesis”, before being resolved by a “synthesis”.

In their devilish cynicism, the Luciferians exert their influence in the world by promoting false oppositions, in order to force the dumb people to recognize the apparent contradictions, inherent in each of them, and therefore get them to accept their false solution or their synthesis.

There are many active forms of dialectics.

The most fundamental, is the one who shaped the very principle of Western democratic societies and now the clash of civilizations; which is the nonsense that there is a conflict between religion and science, in order to produce a “synthesis” as secularism.

But the use of the most powerful dialectic has been the dichotomy between the political left and the right.

Or more recently, the debate between “liberals” and the “preservatives”, represented, for example in the United States, by the Democratic and Republican parties.

Anyone who falls in support of one faction becomes a victim of deception or the other.

in A Hegelian Dialectic: Liberals vs Conservatives).

Traduction Dailycensorship de Alexander Dugin and the teachings of Traditionalism, article by Peter Edel on 15 November 2010, on David Livingstone's website. 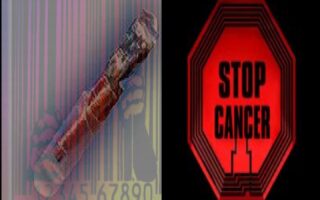