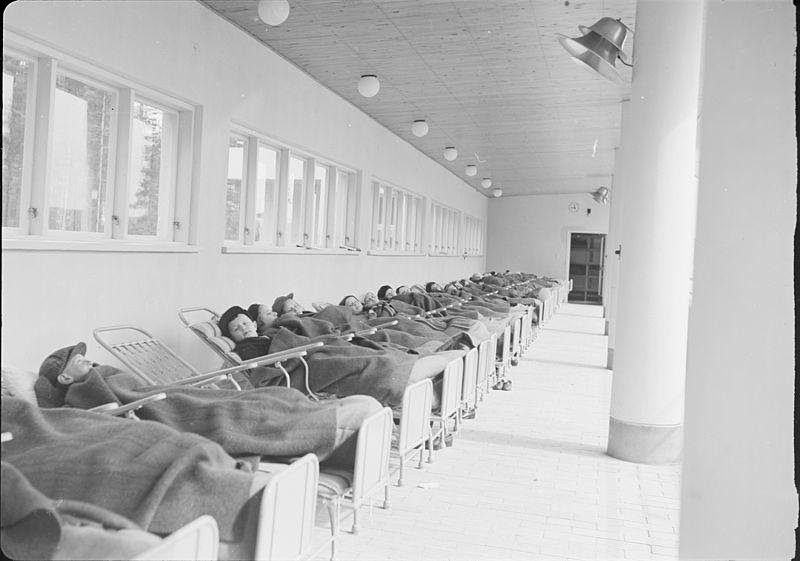 After lighting on the “spanish flu” which masked the origin of the pandemic of 1918.

Here is an article, which lifts the veil on issues related to tuberculosis, written by Antoine Demonceaux.

The vaccine against tuberculosis was born in France under the leadership of Calmette and Guérin hence its name of "BCG".

In 1930, this vaccine is being administered for the first time. He does 72 dead among the 251 vaccinated children.

A handling error is detected : the vaccine has been mixed with active bacteria.

The too rapidity with which the vaccine was produced is pointed out.

A radio commentator recently spoke to a prominent scientist about the prevention of Covid-19, and concluded, factual: " In fact, you must especially wash your hands! ».

Hearing this, I was thrown back decades to the time of (..) tuberculosis.

My detractors will surely answer me that Covid and tuberculosis have nothing to do with!

Coronavirus, as indicated by his name, is a virus and tuberculosis is caused by bacteria: Mycobacterium tuberculosis (M.Tuberculosis).

More many similarities between 2 diseases exist especially on their distribution, their prevention, their vaccine and appropriate treatment.

You will see that History, in medicine too, is repeated often.

But men, them, sometimes forget to learn from it ...

The deadliest microbe in history

Like viruses, tuberculosis goes back to the dawn of time. We find traces of it in Syrian sites dating from the Neolithic.

This disease probably arose from the first domestication of cattle, but specialists still hesitate between the bovine or human origin of the bacteria1.

Traces were also found on Egyptian and Peruvian mummies.

Apart from a few isolated peoples (like the Polynesians), tuberculosis affects the whole world.

It has spread with population migration and urban concentration has accelerated its spread.

Mycobacterium tuberculosis is to this day considered the microbe which caused the most deaths in the world2.

8 centuries trying to understand this disease

Described by the Greeks as "a weight loss disease" (it was then called "phthisis"), tuberculosis has been the subject of numerous studies.

From 1052, the great Persian physician Avicenna, gave a precise description : inflammatory symptoms, ulcerative and cavernous. We kept these signs until the beginning of the XIXth century.

The concept of tubers, which will give its current name to the disease, appears in 1679.

The Roman recommendations continued to be applied over the centuries ...

And medicine often repeating what seems effective, these recommendations were taken from 1854, by a German doctor who, recommended the outdoors.

It was the birth of sanatoriums, large establishments, often located in the mountains where we went to "take in the fresh air" and enjoy the sun.

A primary infection, small tuberculous lesion, during childhood, allowed me to make two beneficial stays in the mountains.

And I remember those cups of hot milk handed out in elementary school at a time when tuberculosis was taking its toll..

In search of the miracle drug

Only the emergence of antibiotics made it possible to see the end of the tunnel of the tuberculosis epidemic.

But things were not so simple ...

The use of these new drugs (like actinomycin) was first braked, due to too much toxicity.

(This also reminds you of the current start on hydroxychloroquine?)

It was with streptomycin that the disease was finally stopped.

But at the cost of some permanent deafness due to this drug, which was considered miraculous at the time ...

Dr. Koch's research, discoverer of the bacillus of the same name, have developed a substance called tuberculin.

It is a glycerin extract of bacillus culture that allows the detection of tuberculosis by the practice of intradermal reaction. A small amount of tuberculin is injected under the skin and the reaction is measured.

If a small inflammatory ball appears, we are considered positive (sick or vaccinated, so).

More, as for the tests used with the coronavirus, their reliability is questionable.

In 1930, this vaccine is being administered for the first time.

He does 72 dead among the 251 vaccinated children.

A handling error is detected: the vaccine has been mixed with active bacteria.

The too rapidity with which the vaccine was produced is pointed out.

(it also reminds you of the current situation?)

In the city of Lübeck where this first experiment took place, a trial therefore starts.

It is during this trial that the foundations of modern experimentation will be laid..

They will now have to respond to 5 criteria:

I sincerely hope that these criteria will be met in studies on new drugs or vaccines in progress against Covid.

Despite years of compulsory vaccinations, BCG has now been abandoned by many countries.

And it still has not proven its effectiveness.

4 times more deadly than the coronavirus

As with the coronavirus, the prevention of tuberculosis remains essentially hygienic: early detection of the disease, isolation, improvement of living conditions (habitat ventilation, nutrition) and hand washing.

In 2018, 10 million people have been infected with tuberculosis and 1,5 million died3.

This disease is to this day 4 times more deadly than the coronavirus who touched 40 million people and killed 1 million.

Tuberculosis is very contagious, especially by respiratory route. The recommendations are always to isolate the sick and test the contact cases with an intradermal reaction to be able to treat them if necessary and to avoid the spread of an epidemic.

What lessons do we learn from the history of epidemics?

This knowledge of how to handle an outbreak does not appear to have been applied with Covid-19, or at least, very late.

Irony of fate, world tuberculosis day is on 24 mars. This year this date fell at the height of the Covid-19 health crisis.

As you can see, medicine advances ... but does not learn from its past knowledge.

Our rulers seem to be waiting for a hypothetical vaccine like the messiah.

And his experimentation has already been stopped by two conscientious laboratories due to serious complications.

The treatment against this virus remains to be discovered. For now, we have to avoid contagion by washing our hands and wearing a mask when necessary..

He exerse “medicine since 35 years in liberal cabinet, and occasionally at the hospital and in EPHAD. Homeopathy has always accompanied him in his practice, but he is also a psychotherapist and psychoanalyst.”

On the site New Health Page.

And, if the history of tuberculosis has been written?

Did they link it to a mild illness?

Especially since que tuberculosis’ can be treated better than with vaccines, since the doctor also gives historical examples in this regard.

Wasn't the goal rather to fabricate the fear of a dangerous disease to justify vaccines and introduce diseases or [/and] premature deaths.

Check it out for yourself.

But it is clear that there is a real problem with all vaccines.

They did more harm than good. 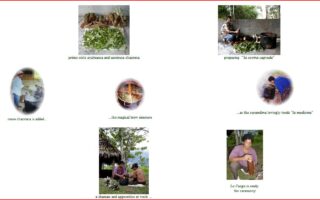